Zen and The Art of Knowing Who to Hire


In the late 1990s, when you wanted a web presence, there was only one person to hire: The Webmaster. Since then, this role has shaped and evolved into front-end, back-end, UX, DevOps, and a whole list of players. In this lesson, you'll get an overview of different Web development roles.

In ye olden days, everything to do with a website was handled by a webmaster. But now, the construction and care of a website is broken up into multiple divisions and specialties. 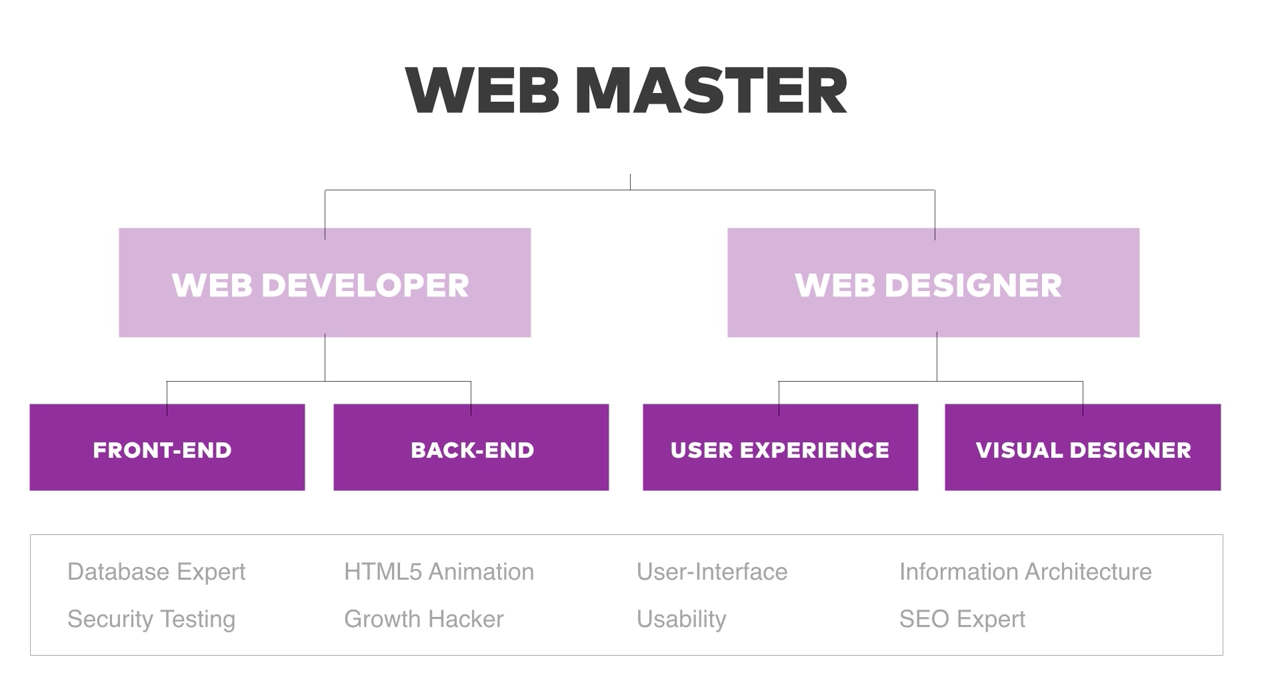 We're going to be covering what front-end and back-end web developers do, as well as what user experience and visual designers are about, but for now, just know that all of these positions contribute to a comprehensive whole: a website or an application. There's plenty of overlap among them, as well, so you don't have to know twelve different tech dialects in order to communicate effectively with each kind of developer, and/or a development team.

"Knowing what to do is not the major challenge faced by executives - finding who to do it is!"
- Marshall Goldsmith, Who